Running with friends makes you accountable and faster.

Every month I will post about one of my running friends. My first post is a very special post about my best friend and sister Amanda. Amanda has been running since 2011 and participated in many 10ks and half marathons. She is one of my favorite people to run with because she pushes me to be faster.

Her running story is truly inspiring. She began running with our family and continued running before and after the birth of her daughter Rosie (my god daughter). Throughout her pregnancy she was consistently walking and even walked the day before she gave birth. She may be small but she is one tough cookie. 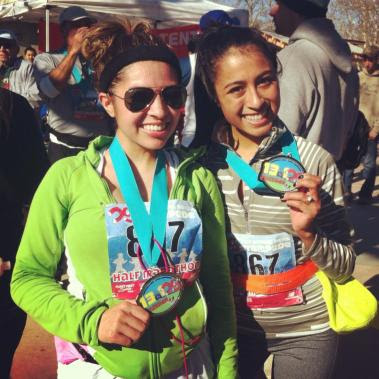 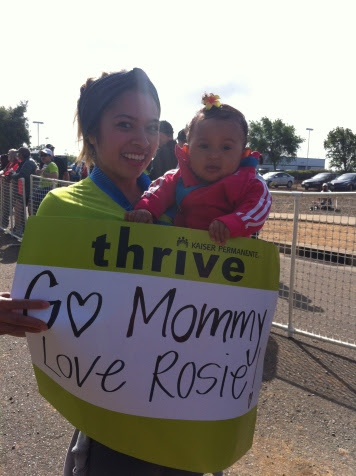 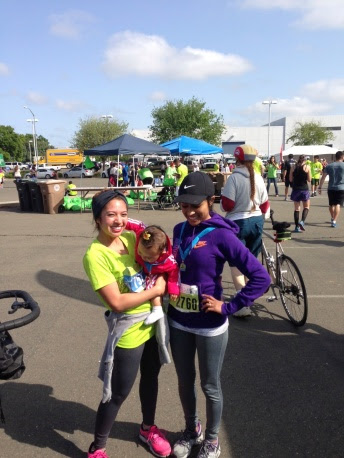 I wasn’t able to run this particular race because I had just had surgery but Rosie and I walked the 5k and cheered her mom from the sidelines. Rosie was proudly sporting her medal and was pretty nervous waiting for her mom to finish. 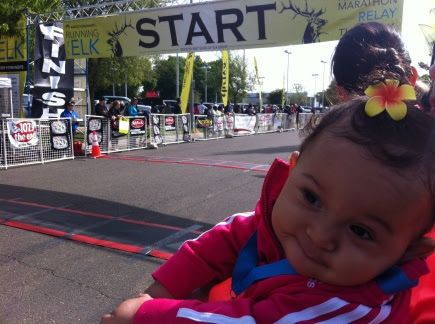 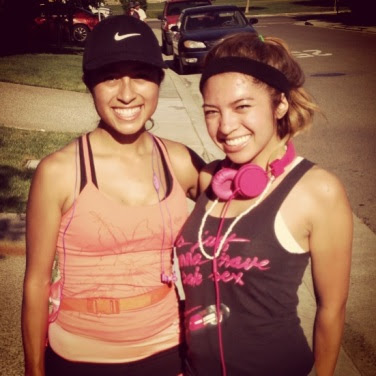 Running with a friend helps push me to be a faster runner. There is something about running with someone who has the same goals as you and will actually wake up early on a weekend just to run. Amanda has a pretty busy schedule and anytime she can fit me into it for a run is a nice treat. I love running with her because she pushes me to be the best runner I can be. When I feel I can’t do something she always encourages me and holds me accountable to the goals I set. 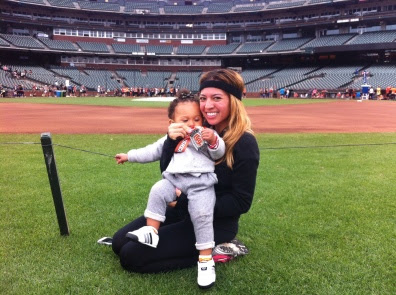 This is the race Rosie earned her first half marathon medal! Amanda and my cousin Aaron took turns pushing her throughout the course. The pic below is Rosie after the race. It’s tough being pushed throughout San Francisco and she was refueling her carbs. Just like her auntie, she clearly loves bread. Even Rosie runs for carbs. 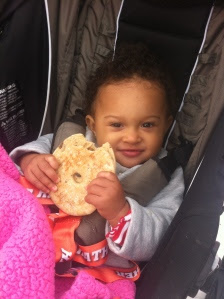 Watching my sister pass the finish line for this half marathon was emotional. I was really happy for her because she made it a goal to complete this half with her daughter and she did it! 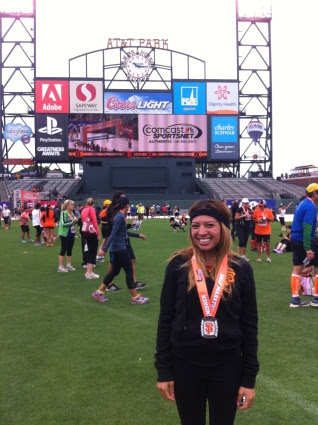 Another race we both did together was the Davis Moonlight half marathon. This was one of the most difficult races because it was over ninety degrees throughout the entire race.  Amanda and I decided for our post race meal we wanted In-n-Out burger which we deserved after sweating our booties off. We even opted to go inside to pick up our order so everyone could see our new medals because-hello we needed to show off! “Yes we did just run 13.1 miles, thank you!” We didn’t stop there. We then decided to get hats and take pictures with the nicest employee! Oh the things you do on a post-run high… 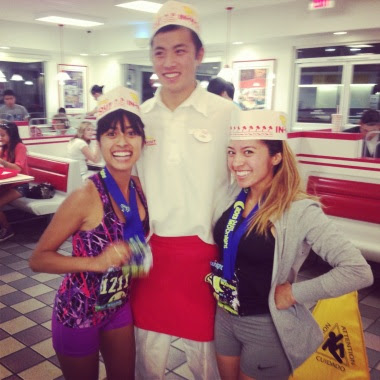 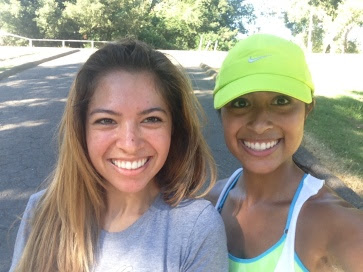 Embrace running friends and appreciate that others are as crazy as you. I used to be a solo runner but sharing my time with friends who run, my life has drastically changed for the better. I can only hope that I give all of my running friends the same encouragement as they give me. It’s not every day that you meet people with the same hobby and goals. So, go give your running friends a big high five and a piece of chocolate, they will love you for it.

There was an error retrieving images from Instagram. An attempt will be remade in a few minutes.